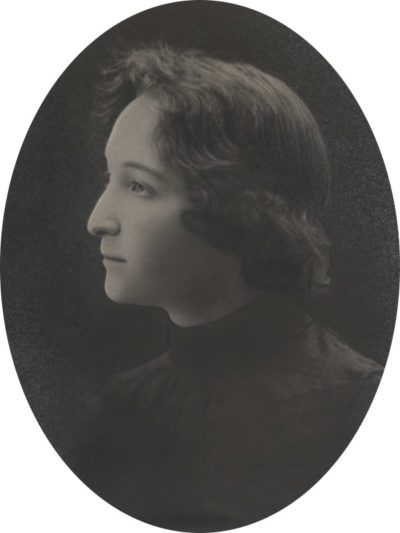 Tatiana Grigorovici (1877—1952) was a social democratic labour activist and theorist from Chernivitsi/Cernăuți/Czernowitz, in the province of Bukovina (in present-day Ukraine, formerly in Romania, previously in Austria-Hungary.) Her life course and political work have received little attention: as an anti-communist social democrat she was of little interest to state socialist historians in Romania, as a left-wing woman from an area no longer in Romania she passed unnoticed for both feminist post-socialist historians and post-socialist “new left” intellectuals in the country, as a woman active mostly in the relative backwater that was Austro-Hungarian Bukovina she drew little attention in West European labour and gender historiography. The little existing research about Grigorovici and the narrative that can be constructed about her by using recently digitized sources amount to two quite different portrayals. The same sources push towards an exploration of themes which transcend individual biography, especially how the intersections and the constraints posed by gender, class, ethnicity, and empire shape labour activism.

To the extent that she is remembered, Tatiana Grigorovici is most often referenced as an Austro-Marxist intellectual. A carefully researched biography by historian Horst Klein, to date the only significant scholarly material on Grigorovici, emphasizes the originality of her contribution to discussions of the concept of “socially necessary labour” in Marx and Lasalle – a topic with implications for both public policy and public debate at the time.[1] In a life history interview, Romanian interwar sociologist Henri H. Stahl, a man otherwise little disposed to praise women’s intellectual abilities,[2] labeled Grigorovici as “a woman of absolutely exceptional erudition”[3] and “the most learned woman in the Austrian socialist movement”.[4]

Born Tatiana Pisterman, in Kamenetz Podolski (then Russian Empire), she was one of fourteen children of a prosperous Jewish family. There is little available information about her childhood, but it is likely she would have grown up in a multi-lingual setting. A document Grigorovici authored in 1950 mentions a sister who had been arrested by the Tsarist security services – suggesting a politicized early environment.[5] She studied philosophy and economics at the universities of Vienna and Bern. In Vienna, she was an associate of future prominent Austrian social democrats Rudolf Hilferding, Otto Bauer, and Victor Adler.[6]

The published narratives available so far, created by sympathetic men, portray Grigorovici as an intellectual woman who, to a certain extent, sacrificed an academic career for the sake of her husband’s work in the social democratic movement in Bukovina. Grigorovici completed and defended her dissertation, titled Die Wertlehre bei Marx und Lassalle: Beitrag zur Geschichte eines wissenschaftlichen Missverständnisses [The Theory of Value in Marx and Lassalle: Contribution to the History of a Scientific Misunderstanding], in 1906. In 1903, she had married Romanian medical school student in Vienna and fellow social democrat Gheorghe Grigorovici (1871—1950). Together, in 1906, they moved to his native Bukovina. Between 1907 and 1912, George Grigorovici served as the social democratic elected representative for Bukovina in the Vienna-based Imperial Council (Reichsrat). Horst Klein points out that Tatiana Grigorovici moved away despite being offered a position at the University of Bern – a most unusual opportunity for a woman at the time. In Czernowitz, until 1936 (when the family moved to Bucharest), Tatiana Grigorovici worked for an insurance company, as director of the city’s obstetrical clinic, and (to make ends meet) as manager of the Olănești spa resort during summers. Sociologist Stahl remembered that in Olănești, sometime in the 1920s, Grigorovici and other “Bukovina Austro-Marxists” would discuss, alongside her work as a “resort physician” (in Stahl’s memory), in a mix of Romanian and German, legal issues and problems of Marxist theory. The discussion would often turn to the tense matter of the causes for the breakup of the Austro-Hungarian Empire and the group’s memories (presumably from younger years spent in Austria). This was an arch tableau by the Romanian Kingdom-based Stahl, depicting moderate social democrats’ melancholy for Empire and for a kind of left-wing engagement that had vanished with the breakup of the Dual Monarchy.

A narrative constructed from a different set of sources, more attuned to the history of women’s labour activism and the specifics of women’s participation in the social democratic movement in Eastern Europe, can point out that Grigorovici embraced political organizing and labour activism, especially on behalf of women, particularly in the period 1907 – 1912, on her own terms. In his 1945 memoir, Romanian Kingdom social democrat C. Titel-Petrescu mentions that in 1907, Tatiana Grigorovici was active as an instructor in women’s sections of the cultural circles of the Bukovina Social Democratic Party (founded in 1896). He argued that:

“The result of this illuminating activity [by Grigorovici] was that many women, who until then had been an obstacle to the participation of social democratic men in the movement, became conscious comrades, who were encouraging their husbands and sons towards a more intense activity in the labour movement. In the 1907 elections, socialist women, not having themselves the voting rights, nevertheless took an active part as agitators, supervising at the same time men’s activity and political attitude.”[7]

In the aftermath of those elections, Grigorovici was tried and acquitted of lèse-majesté because of her statements concerning the stalling (until January of that year) of male suffrage in Austria[8]  – not exactly the pastime of a dutifully self-sacrificial political wife. In 1910, alongside several other women, some of whom seem to have come from aristocratic backgrounds, she was heading the Czernowitz “Landezentrale für Kinderschutz und Jugendfürsorge” [approx. Provincial Center for Child Protection and Youth Welfare], a (possibly publicly supported) organization in charge, among others, with supplying clothing to children in need and the protection of young apprentices.[9] In 1912, Tatiana Grigorovici was an appreciated speaker at the inaugural meeting of a trade union for commercial office clerks. There she spoke especially about the situation of women employed as white-collar workers.[10]

The variety of agendas for which Grigorovici advocated publicly, as revealed by German-language periodicals published in Czernowicz, is quite typical of left-wing women’s labour activism since the nineteenth century. Universal suffrage, child protection initiatives, improvement of working conditions for young workers, and a growing preoccupation for women’s white-collar work and their unionization were issues embraced often simultaneously by labour activists in the region studied by the ZARAH project – a multiplicity pointed out by my colleagues in their introduction for this blog series.

And yet: Until the end of her life, even when marginalized, Grigorovici maintained an identity as a sophisticated left-wing intellectual and remained a rhetorical firebrand. In 1910, she published a small popularization brochure, explaining Karl Marx’s theory of value and surplus value[11] – a booklet reissued at least three times. Most strikingly, in a scathing political testament, she made her case squarely in the jargon of her youth. (Grigorovici had written – and sealed – a document about her true beliefs in case she was going to be arrested and tortured to disavow her politics.) She argued that:

“what you [the communist authorities] are building is not socialism and cannot be socialism, it is a state capitalism. As the conditions for a social revolution are not present, you are forced to create them artificially with exaggerated promptness. […] What the worker is waiting for and is entitled to expect from the realization of socialism is: an easing of his personal life and not just that of future generations. The current generation is also entitled to life and happiness. [….] I must tell you one thing, however, call yourselves Leninists, Stalinists, Bolsheviks, or as you wish, but Marx and Engels you must leave alone. Neither their theories nor your procedures have anything to do with Marxism and scientific socialism. I am sure that if Marx and Engels were alive they would be, like we are, social democrats.”[12]

In 1952, Tatiana Grigorovici ended her own life, two years after the death of her husband, after what she claimed was a life spent in the service of social democracy. 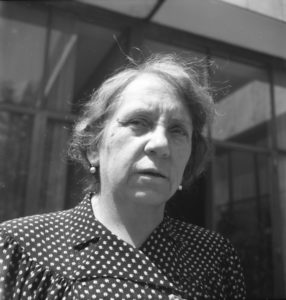 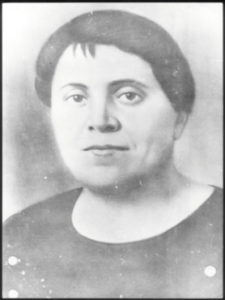 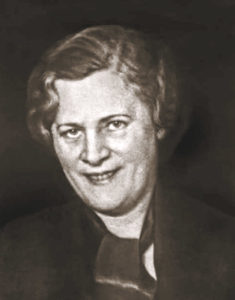